Hopefully you have had a great week. Mine has been spent getting back into the routines of home after being away last week. It was hard to leave the little guy and the 73 degree weather. As I drove the five hours north the skies got grayer, then the rain started and I watched the temperature drop steadily until it was 39 degrees in our driveway. I seriously considered turning around and heading back South!

At least the temps have been somewhat warmer this week even though the gloom still lingers. Trees are beginning to bloom as well as the daffodils and forsythia. Every winter my Grandma would announce over Sunday lunch, “I’m not going to live to see another Spring”.  This went on for many years until it became a family joke. Grandma finally had enough and stated, “one year I will be right!”  I’m beginning to understand how Grandma felt. I swear the winters get longer and I wonder if I’m going to make it through.

Anyway, Spring is teasing so there’s hope. The routines I’ve been working on the past several months have kicked back in this week, though the impending house listing has put me into renewed decluttering and packing unnessarys with a vengeance and some house cleaning has been put off until tomorrow (Saturday). I prefer to do the boring house stuff during the week and save Saturday for big projects or occasionally some fun. I have not dropped my 30 day minimalism challenge. I will update you on the number of things that have left home at the end of the month. We are also working on another barn clean out. Whew! Too. Much. Stuff.

My routine of drawing/painting one hour a day has gone surprisingly well. I had just started on my recent picture last week when I got the call that baby was on his way. This Monday I started back on it and finished it Thursday. There is likely five hours in this one because I had an extra hour Monday evening to work on it. That’s called “gravy” here in the South. A little something extra special. So this is a pastel painting of our Rhode Island Red chickens. I’m swearing off liquid paint at least for the time being. Pastel is FAST. Excuse the messy edges. I’m giving you the unedited, truth in advertising, version. 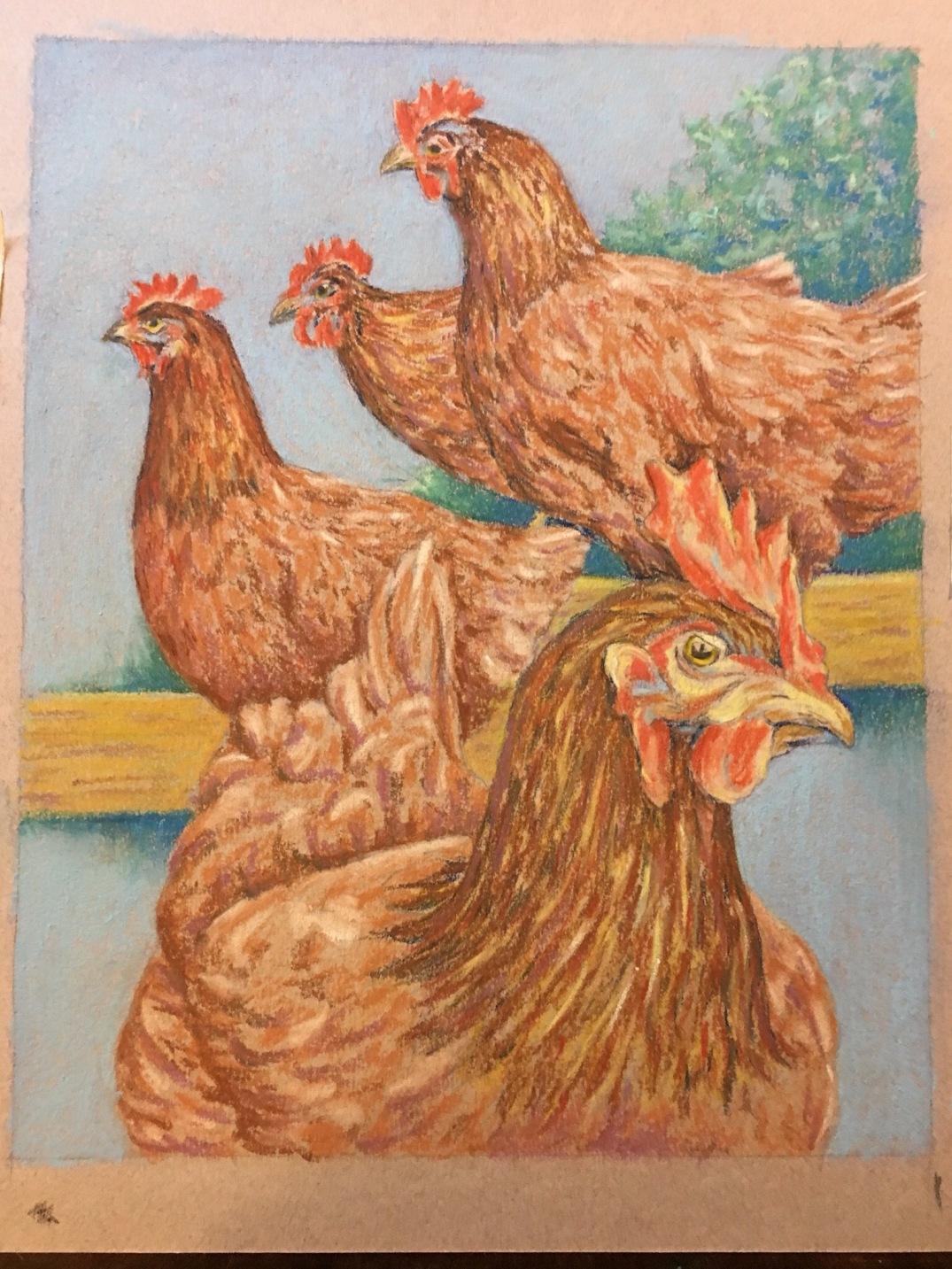 I just printed out my next three reference photos so stay tuned. I’m hoping to enter into a contest with next week’s work. That’s it for now. I’m ready for a lazy Friday evening. Have a great weekend!