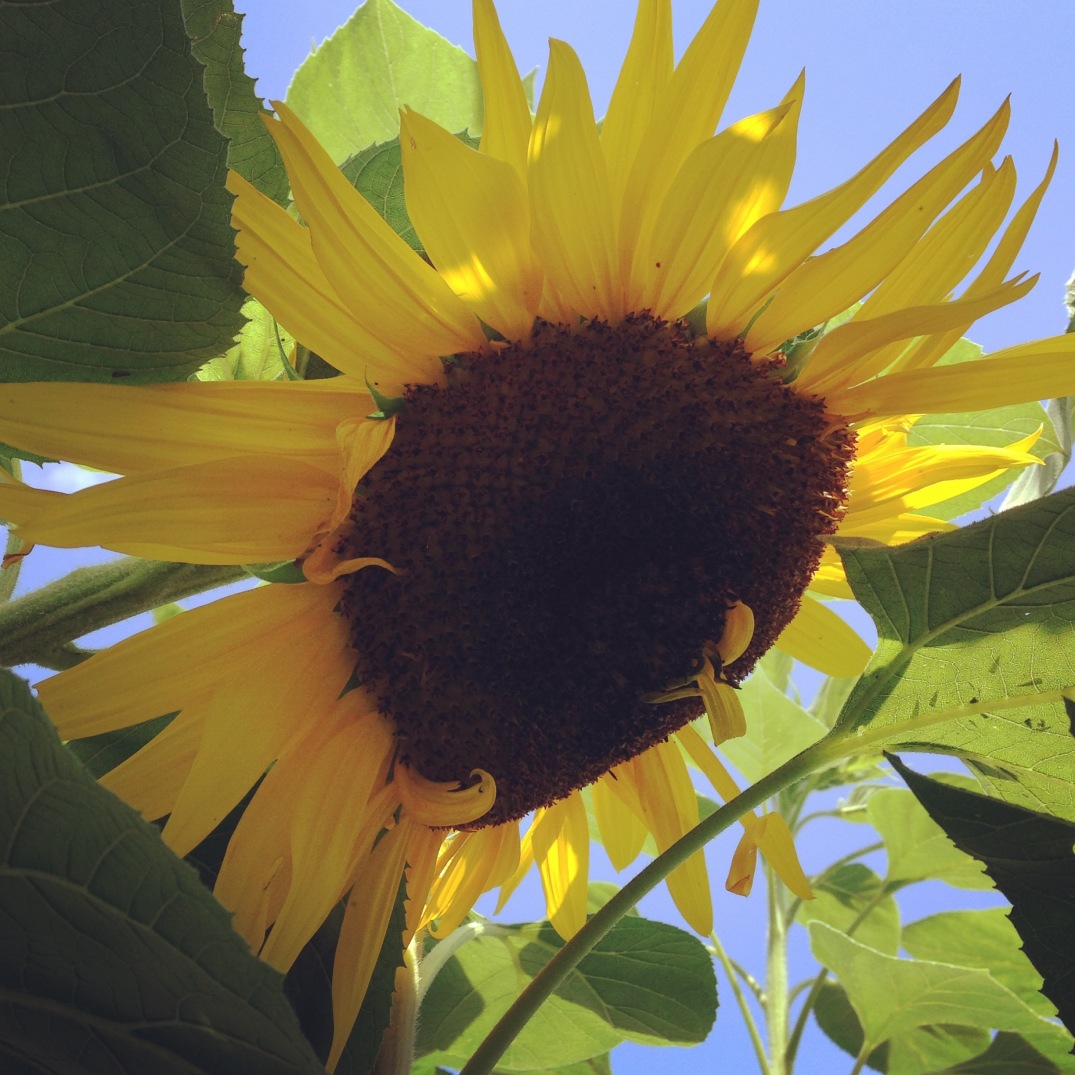 I hope you all have had a lovely week. It has been a typical July week here. Hot as Hades all day with a late afternoon thunderstorm that hopefully cools the air a little. Often it doesn’t. Sometimes the air is so humid and thick after a storm that it feels difficult to breathe. You would think you could squeeze the juice out of it. My poor bees are spending more time on the outside of the hive than inside. I’m thinking I should get a tiny air conditioner for them. No, I do not spoil the creatures that live with me (much).

The past couple of weeks have been spent getting settled, finding my way around and meeting people. If I counted correctly, this is my tenth move in my lifetime. Most of my moves have been within miles of each other, but this is the third move to a completely new area. My first major move was as a newlywed to a different state. My then husband was working third shift, the company had put us up in a hotel until we could find a home and I knew no one. I couldn’t stay in the hotel room during the day while my husband was trying to sleep, but I had no where to go.

This was before cell phones and we had two not-so-great cars. So, I did what any bored, fearless (you have that in your 20’s) young woman would do. I got my car keys, filled the car up with gas and proceeded to drive in and out of town until I was hopelessly lost, then figure out how to get myself back to the hotel.  Honestly, it was a huge adrenaline rush. Sometimes I barely made it back before my husband got up to go to work.  By the time we moved out of the hotel three weeks later, I rarely got lost. I found all the important places (Town Hall, library, the MALL) and lots of scenic areas of the countryside.

I have been using this same technique with slightly more common sense this time.  Lately our vehicles have been just as bad (except for THE BEAST, our F-350 pickup that I LOVE to drive), but I do have my cell phone and AAA card with me now. I found the library. People seem to think that libraries are not important anymore. I beg to differ. The bulletin board alone was a wealth of information. Local events and services that I had not been able to find online were on the bulletin board.  So, I have the library, found the arts council, town hall, pharmacy, car mechanic and our local state park for hiking. Hey, not a bad start for two weeks of being lost!

The harder adjustment I am having to make is the pace of life here. I’m pretty sure it was the same way when I was growing up out in the country but I wasn’t aware of it. EVERYTHING is slower. I have been in Surburbia for twenty years. I have worked two jobs for about twelve years. I shuttled two kids to thousands of practices and events for eighteen years. All that has come to a screeching halt. I often find myself standing somewhere in disbelief that there is nothing on my To Do list that HAS to be done immediately. Trust me, I’m not complaining, but after decades of rushing around and working under endless deadlines, it is disorienting.

Now that I have said that life has slowed down, just this week events have fallen into place for D. to start a business he has been planning for about two years. Originally he was going to start it next year after he retires, but an opportunity presented itself that was too good to pass up. This means that for about four months I will be back to working two jobs again as we start this while he is still working full time.  I will fill I the details as this moves along.

I need to mosey on now to finish tiling these floors (they WILL be done by the end of the month!).  I’m going to leave you with some hard earned wisdom. If life is a little boring or drab, or the creative juices have quit flowing (they do sometimes), literally get in your car, on your bike, take the bus, use your feet and go get lost. The change in scenery and the adventure will do you good. Don’t use the GPS. Use your God given instincts!

All photos by Christel D. Huttar.